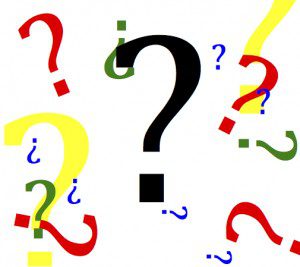 For those of us who are new to the environmental stewardship arena, some of the language in Pope Francis’ encyclical Laudato Si’ can be a little confusing. Lucky for us, the Catholic News Service has prepared a handy glossary for us to use (Cindy Wooden, Catholic News Service, Defining moment: Glossary of Terminology used in Laudato Si’).  Some examples include:

The heart of Pope Francis’ teaching in the encyclical is his affirmation that the environmental crisis is not only about polluted land, water and air, but includes dangerous attitudes toward other human beings as well as economic practices that harm people and the environment.

Pope Francis says that in times of “deep crisis” many people try to convince themselves that what is happening around them is not really all that obvious or clear. “Superficially, apart from a few obvious signs of pollution and deterioration, things do not look that serious, and the planet could continue as it is for some time,” he says they tell themselves.

While the attitude sounds passive, it actually takes effort. But, what is worse in the pope’s eyes is that “such evasiveness serves as a license to carrying on with our present lifestyles and models of production and consumption.” The attitude, he says, is “self-destructive.”

At the heart of the ecological disaster, Pope Francis says, is a widespread idea that “leads people to believe that they are free as long as they have the supposed freedom to consume.” Instead of being free to find beauty in nature and praise God for the gifts he has given, people actually have handed their freedom over to the world’s biggest companies and wealthiest individuals who successfully convince them that the best things in life can be bought.

Over-consumption is at the root of excessive waste, he says, but it also freezes the human heart and makes it unable to recognize the needs of others.

However, he says, a consumer-driven culture does offer some advantages in the field of ecology: Buying only certain products and boycotting others has been “successful in changing the way businesses operate, forcing them to consider their environmental footprint and their patterns of production.”