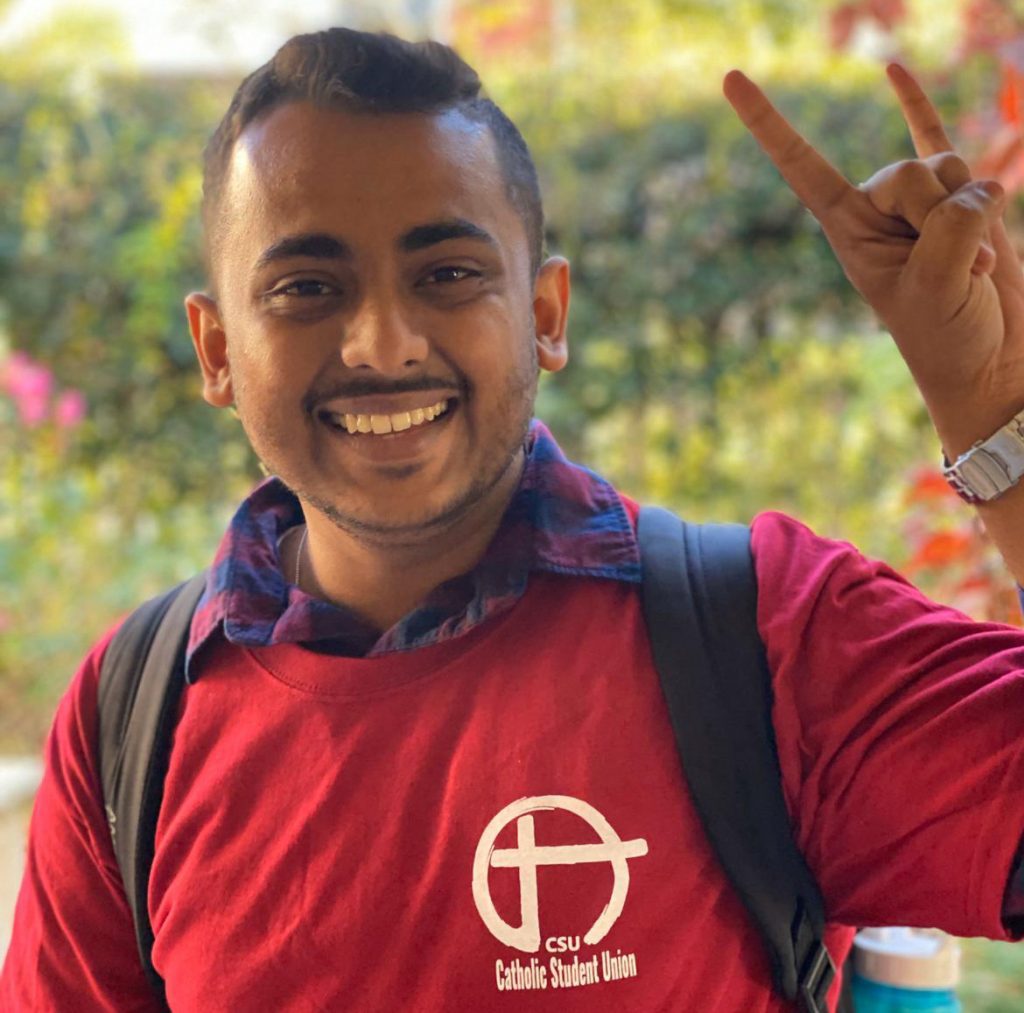 Sharvil Verma was born in India to a Hindu family and as a child he started to have doubts about his faith and about the existence of God. From the age of 10 until he was 22, Verma said he became aggressive towards God and sought to prove He was not there.

“I didn’t feel like God could help people, and if He existed, He wouldn’t be allowing bad things in the world,” he said. “I was atheist with an agnostic attitude. I somewhat believed but didn’t want to and didn’t want other people to.”

Verma began to delve more into science looking for an answer. However, Verma said his curiosity for why people followed religions never left him. After graduating college in India, Verma traveled to the United States to start his postgraduate studies at the University of South Florida. With this move, Verma said he began to experience many hardships. He was lonely, had just gone through a difficult breakup, and was trying to find a job.

“One day I was really, really sad, homesick, and disappointed with my job search,” he said.

This was the day that set him on a life-changing path. It was a Sunday and as he made his way across campus, he was approached by various individuals who asked him if he believed in God. He started to become distraught and one of the individuals asked him if he needed a prayer. Verma said it was then that he challenged God.

“I told them my issues and said let’s pray to your God,” Verma said. “If God fixes my problems I will believe in God and if he doesn’t, I will have proved you wrong.”

They warned him not to challenge God, according to Verma, but he did it and they prayed.

“The next day I got a call from a job and they told me I was selected,” he said. “I thought it was a coincidence and brushed off the challenge. Within the week I got another call from a mechanic job with a much higher salary.”

Verma said he accepted both part-time positions and at that point some issues began to fade away.

“I had enough for rent plus some,” he said.

In searching for an apartment, a friend suggested Bellarmine Newman Hall, which is attached to the USF Catholic Student Center (CSC). However, Verma did not know this at the time. Nonetheless, he signed the lease. During his down time, Verma said he would sit in the breezeway in between the chapel used by the CSC located next to the apartment building, but Verma claims he had no idea he was sitting next to a church and a garden dedicated to the Virgin Mary. Eventually he made friends in the building and he was invited to Mass at the Catholic Student Center. He accepted the invitation and he found it to be a peaceful experience.

“I started to see that the Mass had a much more profound effect on me and I began to wonder if I was wrong about God,” he said.

The fall semester of 2019, Verma went on a retreat with the Catholic Student Union.

“I went for the retreat and started to feel like I required God in my life because I saw it in my friends,” he said. “I saw there was something already happening with me. I started to see logic, and that’s the one thing I had been searching for in religion.”

Verma said that during Adoration before the Blessed Sacrament on the retreat he remembered his challenge to God and realized he had a choice to make.

“Before I knew it I was going to Mass regularly. I felt like I was slapped hard. I had challenged Jesus and He had answered me. I could have just as easily slotted them as coincidences,” he said. “I couldn’t be dishonest to my promise, and that’s the moment I felt everything changed for me because I thought, ‘I could do that. This is how I want my life to be, I’m going to believe in God.’”

Verma will receive the Sacraments of Initiation at this year’s Easter Vigil on April 3rd.

“I don’t know how much more excited I can be,” he said. “I have been waiting for this for a very long time. When I took that leap of faith during adoration, I completely surrendered myself and all my attempts to prove God didn’t exist, but still questioned where God had been all this time,” Verma said. “He was there, He was there all the time. I didn’t believe, but He was chuckling and saying, ‘Wait till you see what I have in store for you.’”

Catholic Campus Ministry at USF is made possible in part by generous donors of the Annual Pastoral Appeal.