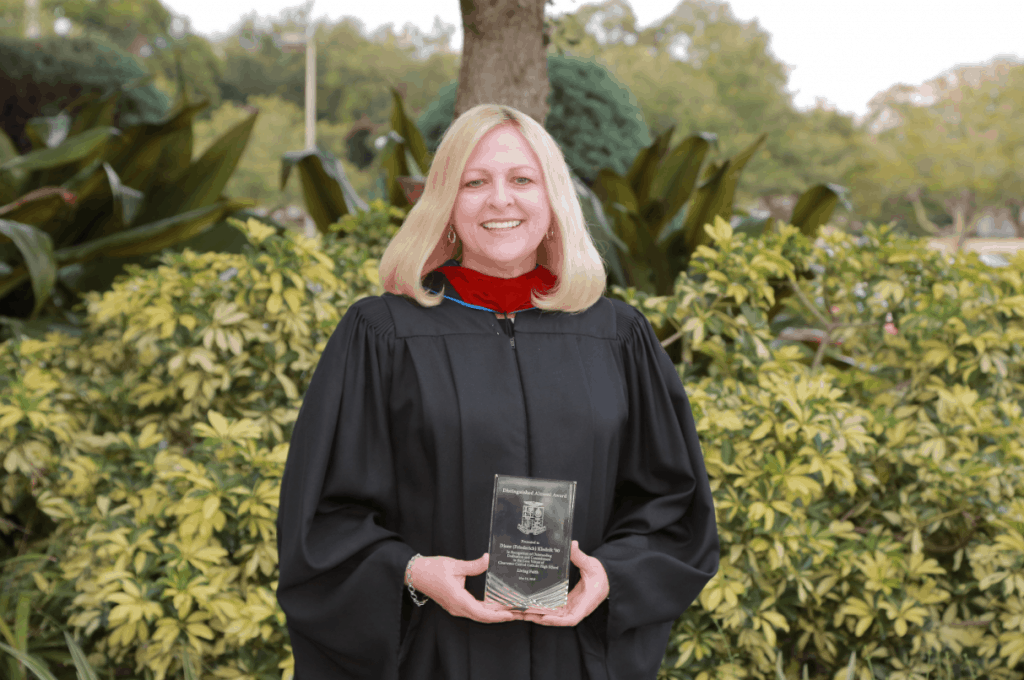 Diane graduated from CCC in 1980 and she went on to earn a Bachelor’s Degree in Human Resources with a minor in Religious Studies from Eckerd College and a Master’s in Pastoral Ministry from St. Thomas University. She also earned a Certificate in Youth Ministry Studies and a Certificate in Advanced Studies from the Center for Ministry Development.

“We are pleased to recognize Diane’s dedication to the Church by presenting her with the Distinguished Alumni Award for Living Faith,” said Jim Deputy, Principal, CCC.

Nationally, Diane has served on the United States Conference of Catholic Bishops Evangelization Secretariat’s Executive Commission and the National Strong Catholic Families Team, and the boards of the North American Forum for Small Christian Communities (NAFSCC) and Paulist Evangelization Ministries. She also represents the NAFSCC on the Representative Council of the National Conference for Catechetical Leadership.

This past summer, Diane represented the Diocese on an immersion trip to Malawi with Catholic Relief Services. Previously, she helped develop several retreats and evangelization processes in the Diocese of St. Petersburg and the Diocese of Venice, including Teens Encounter Christ, Antioch, RENEW 2000, Disciples in Mission and Alpha.