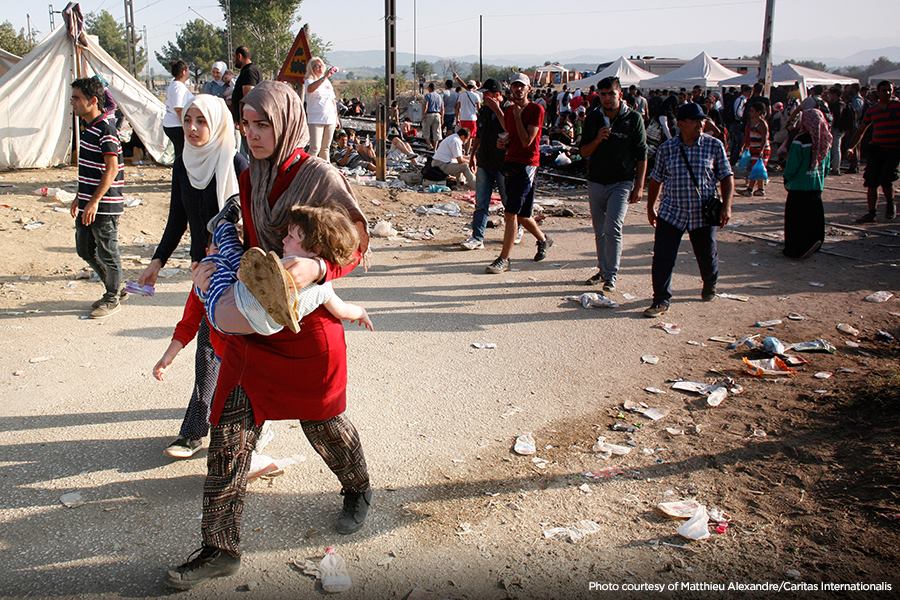 As the refugee and migrant crisis grows in Europe, Catholic Relief Services and their partners like Caritas are there on the ground, providing assistance to families in need. As the difficult images fill the news, many people and parishes have asked what they can do to help. Here are seven tangible actions you can take to make a difference in the lives of people who have left their homes behind due to violent and difficult situations.

The more you learn about this crisis, the more you’ll understand its underlying causes and can spread the word. Continued warfare in Syria, and violence in places like Iraq and Afghanistan, has contributed to the surge of refugees from those countries, while deteriorating economic conditions in places like Sub-Saharan Africa has led people to Europe in search of a better life. Here are some good resources for you.

One of the best ways to help is through donating to accredited nonprofit organizations that are responding to the crisis. More than 90 percent of money donated to CRS goes directly to people in need. Donate now.

You can provide direct assistance by setting up a page to raise money to support our emergency efforts. Your support will ensure that we can provide immediate assistance, including food, water, access to sanitation, legal services and medical care. Set up your own fundraising page.

CRS is calling on the United States to continue and expand humanitarian assistance to Syrian refugees, especially to countries in the Middle East, that have for years been sheltering the largest number of Syrians and Iraqis, as well as to countries burdened by this new migration. Most importantly, the United States should lead concerted diplomatic efforts to end the fighting in Syria. Read more about how our nation’s leaders can respond to the crisis, and write a letter urging them to take up the cause. Pray for protection for refugees—particularly those fleeing Northern Africa for Europe—as well as for personal transformation as we face the needs of refugees everywhere, by using this Prayer for Refugees.

7. Support Refugees in the United States