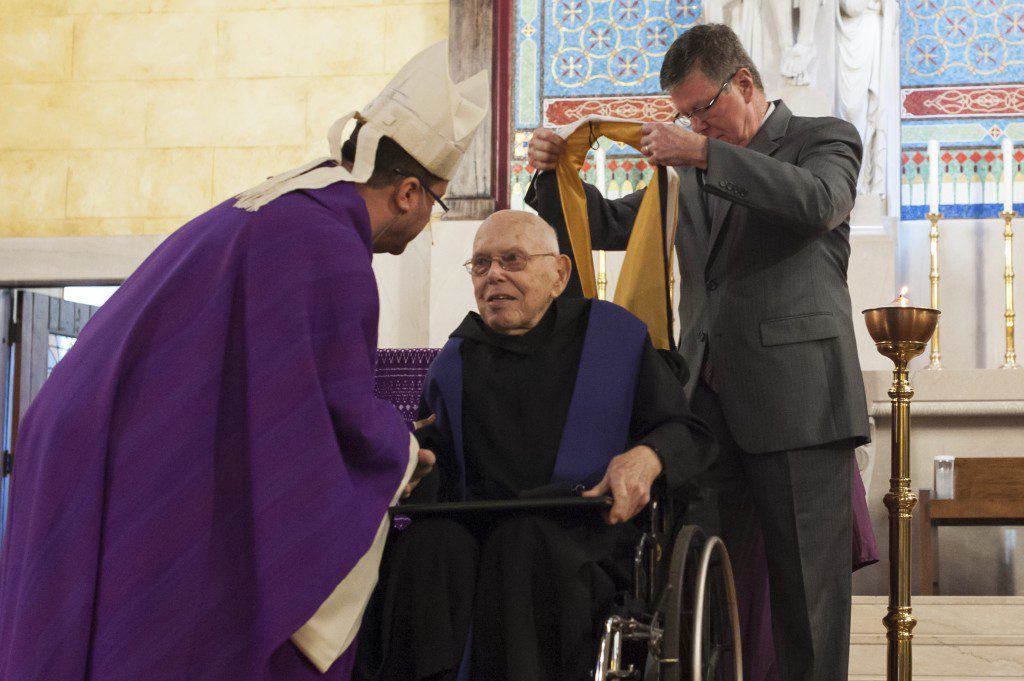 An Honorary Doctor of Humane Letters degree was awarded to Father Damian DuQuesnay, O.S.B., in a special ceremony as part of Sunday Mass, March 8, at Saint Leo Abbey. He was conferred the honorary degree by the Board of Trustees of Saint Leo University in a resolution dated February 7, 2015.

A full church stood and applauded as Dr. DuQuesnay was hooded by Dr. Arthur F. Kirk, Jr., president of Saint Leo University. Dr. Kirk lauded Father Damian as a “true man of faith” and called him “our hero.”