Rev. Inocencio Estibalez
Father Estibalez, 88, a retired priest of the Diocese of St. Petersburg, passed away in the Lord on Saturday, November 14, 2015.
Since his retirement, Father Estibalez has resided in Vitoria, Spain.
A Funeral Mass was held on Monday, November 16 in the parish church of San Miguel Arcángel, Vitoria.
Additional information can be found by clicking on this link.

A funeral Mass will be held at St. Michael, 8014 State Road 52, Hudson,  Tuesday, November 24 at 11:00 am.  The family will receive friends at
Grace Memorial Funeral Home Monday evening from 5 to 7 pm, with a Wake Service at 6 pm.  In lieu of flowers donations may be made to Basilica
of the National Shrine of the Immaculate Conception, 400 Michigan Ave NE, Washington, DC 20017 in memory of Estelle Kathleen Groppe. 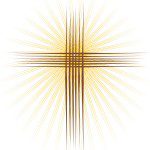 May their souls and the souls of all the faithful departed
through the mercy of God rest in Peace.