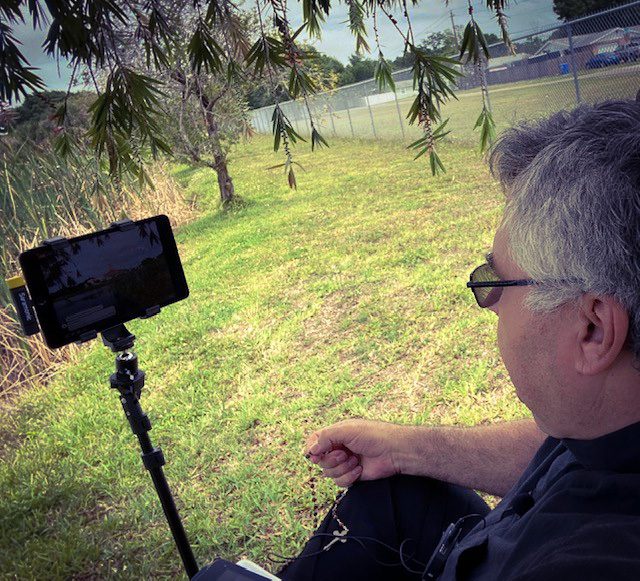 When asked if she had ever livestreamed before, Mary Chapman, Director of Faith Formation at St. Theresa in Spring Hill, answered with a humble and direct “no.”

In recent weeks, churches everywhere have had to learn how to livestream Masses, prayers, and other events. Although she had no previous experience, Mary and her colleague, Bruce Nutter, set up their parish livestream with few issues.

“It was easier than I thought. We’re using a smartphone. I mean the livestream’s simplicity, that’s what has been the most powerful thing,” she said.

Using Facebook Live, St. Theresa Parish was ready to livestream events just in time for Holy Week. The feedback that the parish has received regarding the streaming has all been positive.

Mary shared, “People miss their faith community. When we’re livestreaming, the comments that come through are all very thankful to have the opportunity to still practice their faith, to still attend Mass even though they can’t receive communion.”

St. Theresa Parish has an older demographic, but age is not stopping them from strengthening their faith during this time.

“The older people are embracing it because they need to for their spirituality and that has been big. We have people who have never had Facebook, or just have a phone number, sign up just to be able to see the Mass,” she said.

It was an act of courage to embark upon this journey, but Mary spoke about the fruit that has come forth from it.

“I feel stronger because our God is not a God that abandons. It’s given me new ways to grow closer to God in many different ways,” she said.

Like Mary Chapman, Father Craig Morley of Holy Family Parish in St. Petersburg, had never livestreamed before, but learned how to and has been streaming every day since the public celebration of Mass was canceled in the Diocese of St. Petersburg, which took effect on March 18, 2020.

“At first it was very strange and is emotional at times cause there’s nobody there, but then you have to think they are there on the other side of the camera,” he said.

Despite this adjustment, Father Morley has had great success with livestreaming, noting that the engagement has been steadily increasing. The streaming, he shared, has been important because it keeps people connected.

“Even without the coronavirus, people are always searching for something and if you don’t give them something to search for they’ll find something else, so if we put it out there they’re gonna find it. More importantly, it keeps them connected with the parish here to know that we’re still here and we’re still praying for them,” he said.

Grateful for the opportunity to still minister to his parishioners, Father Morley has been signing on to the stream a few minutes early to chat with people in the comments.

Both Mary Chapman and Father Morley spoke of the learning curve that comes with livestreaming but shared that there have been more joys than challenges while charting this new territory. They are even considering continuing livestreaming services after public Masses resume to minister to those who are homebound.

St. Theresa and Holy Family both livestream using Facebook Live. As Mary put it, “The church is ready and waiting for you. Come join us.”