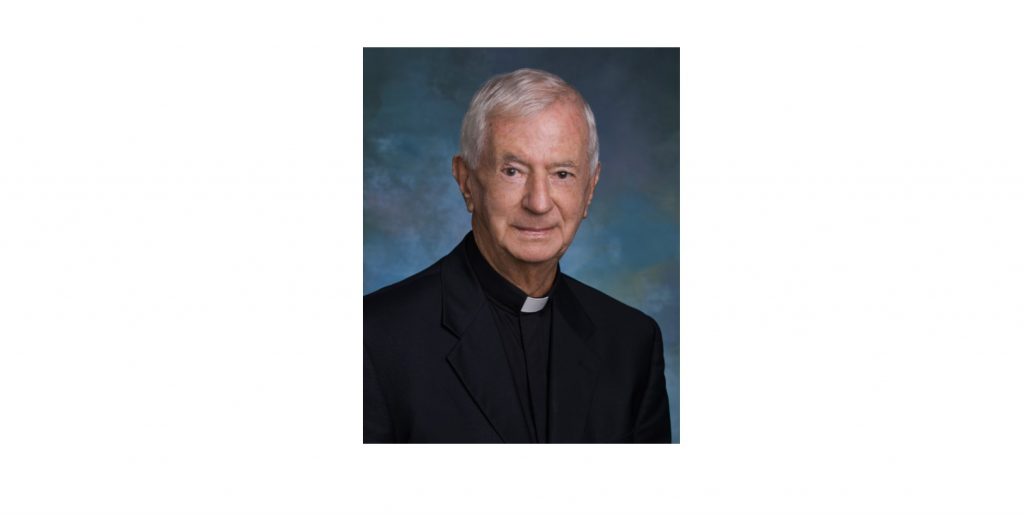 Most Reverend Robert N. Lynch, Bishop Emeritus, will be the Main Celebrant and Homilist.

Priests and deacons wishing to vest should bring alb and white stole. A reception will follow at the social hall.

Burial will take place at a later date in Ireland.

Born in Cork City, Ireland, Monsignor Caverly heard the call to the priesthood while attending high school. He followed a family tradition. From his mother’s side there were nine Father Davises. His older brother, P.J. Caverly, was then in the seminary. Monsignor Caverly was ordained at St. Patrick College, Carlow, Ireland, in June 1965. He was sent to serve the Diocese of St. Augustine, Florida.

May his soul and the souls of all the faithful departed through the mercy of God rest in eternal peace!