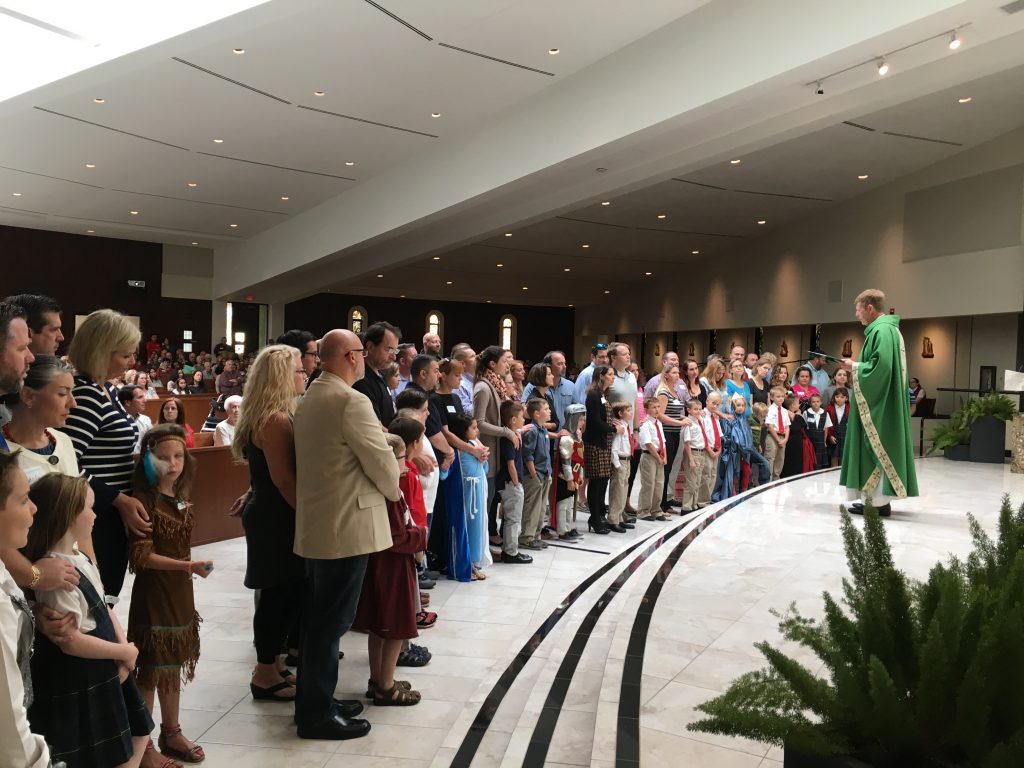 The community of Our Lady of Lourdes Parish in Dunedin will gather on Sunday, Feb. 4 at 11:30 a.m. to celebrate three significant events:

Background:
Father Gary Dowsey, current pastor of Our Lady of Lourdes, was appointed in 2007. Father Gary is a well-known and much-loved leader in the community because of his caring and engaging personality, participation at various ecumenical events and his regular interviews on Spirit FM Radio 90.5. Father Gary is originally from the United Kingdom. The parish is involved in many outreach projects, including a mission in Haiti.

History:
In the Spring 1957, founding pastor, Monsignor DuBois was given permission to construct a church on 34 acres of land in Dunedin. Before the church was built, Catholic Mass was celebrated on the stage of the Palms Theater and meetings/classes were held in the dining room of the Jersey House Hotel. On December 7, 1958, construction of the church was completed. In April of 2004, the parish completed and dedicated a special events building, the Conmy Center, which hosts sporting events and performances for the school and community groups.