Pope Francis is visiting the United States from September 22 through September 27. He will be visiting Washington, D.C., New York City, and Philadelphia, where he will be joining the 2015 World Meeting of Families.

How You Can Get Involved 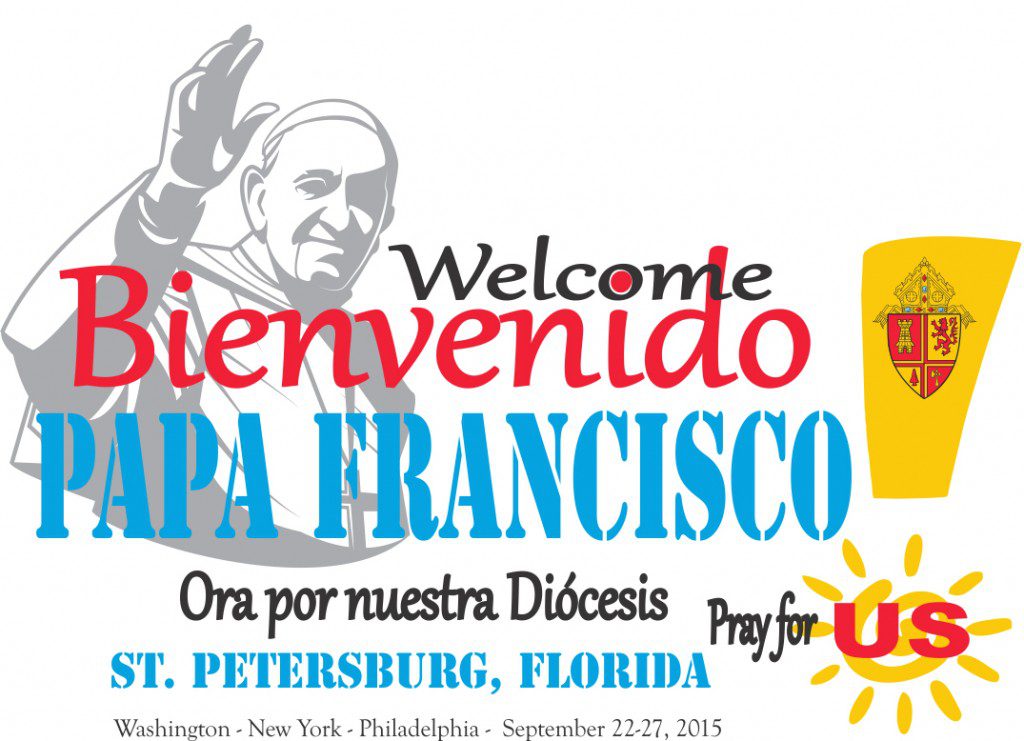 Pray. Those who are not traveling to see Pope Francis during his three-city apostolic visit to the United States can join in a virtual pilgrimage with these prayers for each stop on his journey.

Watch and Listen. There are a variety of ways to watch and listen to coverage of the papal visit on television, online video streams and radio.

– Bright House Networks will be offering 24 hour coverage on channel 199 SD, 1212 HD and 1341 HD. That channel will also be available on the Bright House TV app and on the local on demand channel 999.

Online:
– Watch the USCCB Live Video Stream. Video will also be available of events shortly after they happen on the USCCB’s website here.

Special guests will be providing commentary and explanations of several events as they happen, which include:

– Salt and Light Television Live Video Stream. See the schedule of events that will be airing live here.

– Closing Mass of the World Meeting of Families on 9/27 – watch it on the free Go Philadelphia! app (download it here from the Apple Store / Google Play Store). The app will provide real-time translation and captioning in eight languages during portions of the Mass. 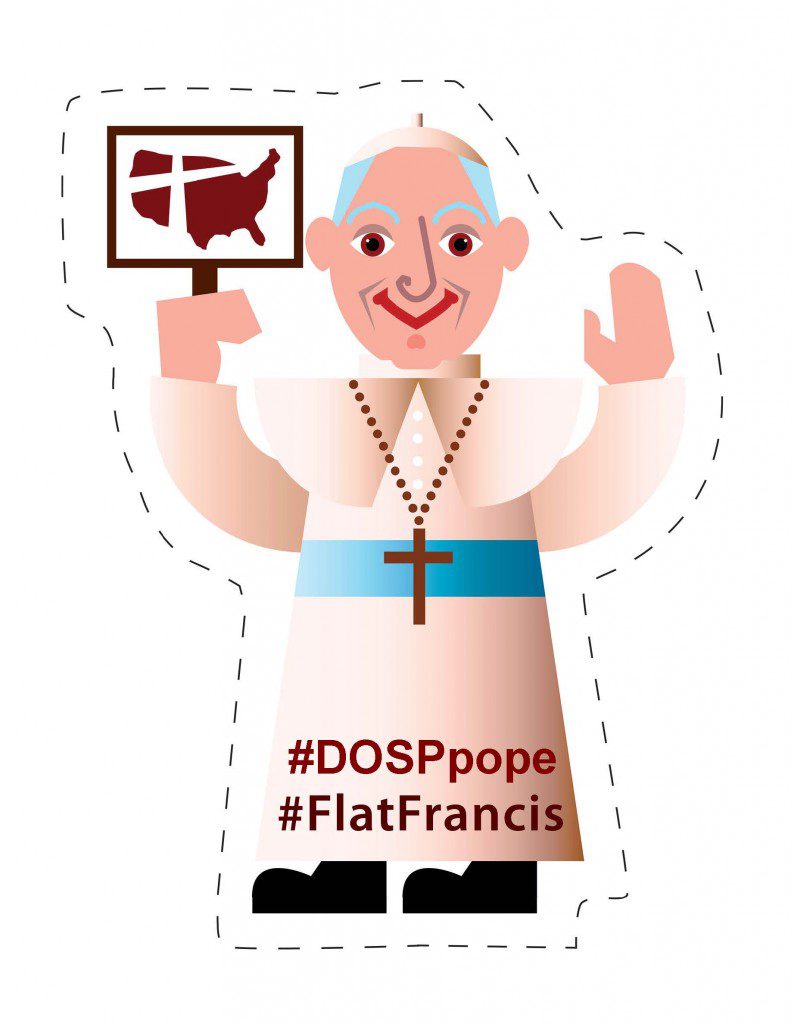 Download and print out your own #FlatFrancis with which to take selfies or photos.

Post your pilgrimage, #FlatFrancis or watch party photos publicly on social media with the hashtag #DOSPpope and tag @DioStPete on Twitter and Instagram or the “Catholic Diocese of St. Petersburg” on Facebook. Photos shared will be added to a special photo album that will be featured on the diocesan website and social media. Not on social media? Email your photos to socialmedia@dosp.org and they will be added to the album.

Other Activities
– Host a watch party at your parish or home.

– Send a joke to Pope Francis at http://jokewiththepope.org/.