Our seminarian Ralph D’Elia was ordained a deacon on Thursday, September 27, 2018 at St. Peter’s Basilica in Rome. He is called a transitional deacon, meaning that he will be ordained a priest, God-willing, in May of 2019. 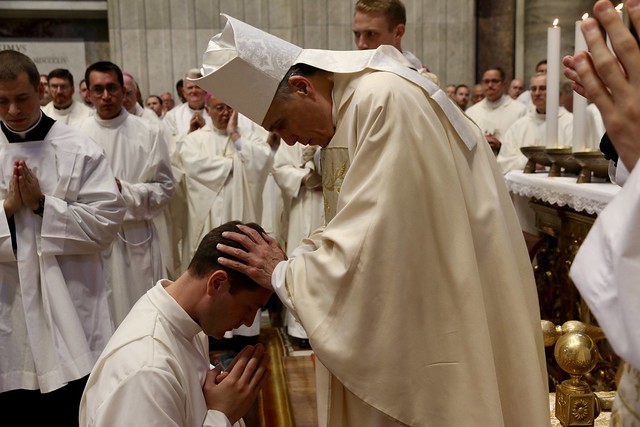 Deacon Ralph is from St. Timothy Parish in Lutz. He is a fourth generation Tampa native. After experiencing a life-changing conversion in high school, Deacon Ralph began discerning a call to the priesthood.

However, after some time, he chose to travel a different path. Following high school, Deacon Ralph decided to embark on a future in law and politics. Contrary to what he anticipated, the more he immersed himself in realizing his own plans, the more he recognized that those plans were incapable of fulfilling his deepest desires.

Grateful for the experiences of his four years in college, it became clear that the time had come to follow Christ in the particular way in which he was being called. Upon graduating from the University of South Florida, Deacon Ralph entered St. John Vianney College Seminary in Miami where he studied philosophy. Next year he will begin his fourth year of theology studies.