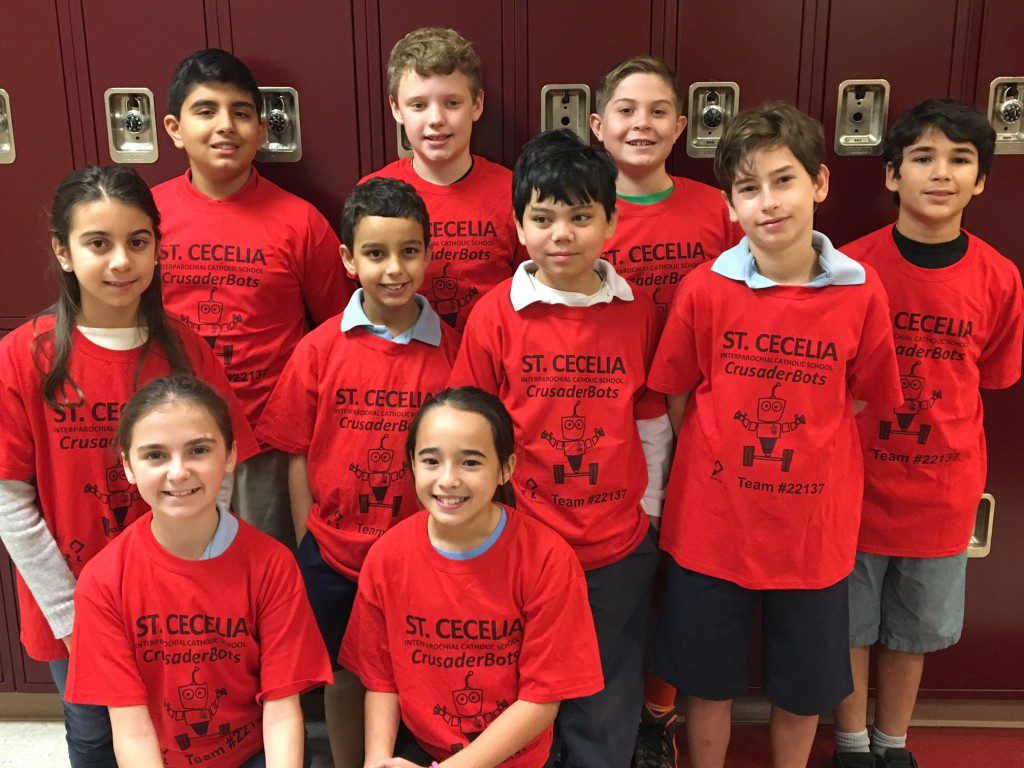 St. Cecelia Catholic School had two teams participate in a First Lego League Robotics Tournament on Saturday, January 23rd. This year’s challenge was Trash Trek, which has three parts: the Robot Game, the Project, and the Core Values. Teams of up to ten children, with at least one adult coach, participate in the Challenge by programming an autonomous robot to score points on a Trash Trak themed playing field (Robot Game), developing a solution to a problem they have identified (Project), all guided by the FIRST LEGO League Core Values. Our Rookie Team (Red) 22137 of 5th grade students scored very well in the Robot game.  The Middle School team 12413 (Blue) excelled in every category of the competition scoring the 2nd highest Robot score and a Champion status of the tournament.  They also won a Golden ticket to attend the Central West Florida FLL Championship to be held on February 13, 2016 in Plant City Florida.