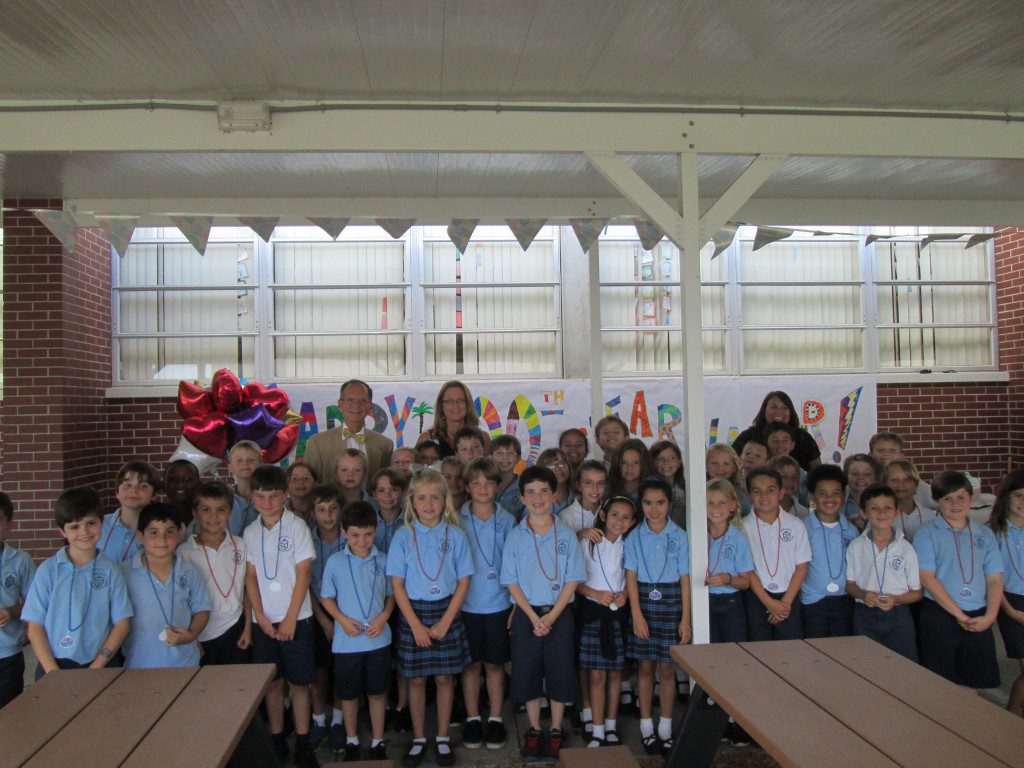 Jason Poulos a 2nd Grade student of St. Cecelia Catholic School has a summer birthday and as a result does not get to celebrate his birthday during the school year.  Jason’s mother in conjunction with the 2nd grade teachers decided to plan a celebration for Jason and other classmates who also have summer birthdays.  Mrs. Poulos asked her son for ideas on how to make the celebration extra special.  Jason came up with the idea to invite Mayor Cretekos to celebrate as Clearwater was celebrating its 100th birthday on May 28th.  Jason sent the Mayor an email to attend and he accepted!  The students set to work making a banner to commemorate Clearwater’s 100th and ordered a birthday cake as a special treat.  Mayor Cretekos was presented with a school umbrella signed by the 2nd grade students as a way to demonstrate that St. Cecelia School has him covered since as the Mayor he has the City of Clearwater covered!  Happy Birthday Clearwater!