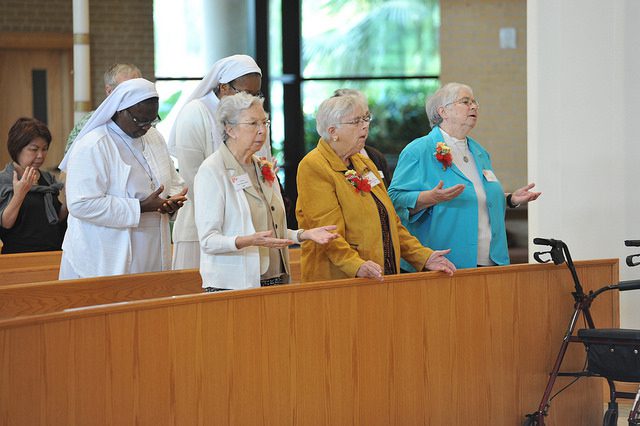 World Day for Consecrated Life will be Celebrated Friday, February 2 in the Universal Church and in Local parishes on the Weekend of Feb. 3-4

Commenting on the World Day for Consecrated Life, Cardinal Joseph Tobin, Archbishop of the Archdiocese of Newark and Chair of the USCCB’s Committee on Clergy, Consecrated Life, and Vocations states: “For twenty-one years, the Church has designated the Feast of the Presentation of the Lord, Candlemas Day, as an appropriate moment to thank God for the gift of consecrated life. Jesus is manifest as ‘light of revelation for the Gentiles’ and ‘glory for God’s people, Israel.’ Consecrated men and women reflect this light as witnesses of Jesus in a world that is often shrouded in shadow. They are the glory of God’s people. We pray for the perseverance of consecrated men and women and ask God to continue enriching the Church with their unique vocation.”

As the Catholic Church prepares to celebrate the World Day for Consecrated Life, the U.S. Conference of Catholic Bishops’ (USCCB) Committee on Clergy, Consecrated Life and Vocations (CCLV) is releasing the results of a survey taken of the most recent Profession Class of 2017 conducted by the Center for Applied Research in the Apostolate (CARA).

The survey polled women and men religious who professed perpetual vows in 2017 in a religious congregation, province, or monastery based in the U.S. CARA received a response from 600 of 768 major superiors for an overall response rate of 78 percent among religious institutes.

Of these 216 identified women and men religious, a total of 100 sisters and nuns and 51 brothers and priests responded to the survey. These 51 men may include some brothers who intend to pursue studies leading to priestly ordination. This represents a response rate of 73 percent of the 208 potential members of the Profession Class of 2017 that were reported to CARA by major superiors.

Some of the major findings of the report are:

The entire survey and press release, General Intercessions and a bulletin quote for the World Day for Consecrated Life, as well as more information on the Secretariat of Clergy, Consecrated Life and Vocations can be found at www.usccb.org/consecratedlife.