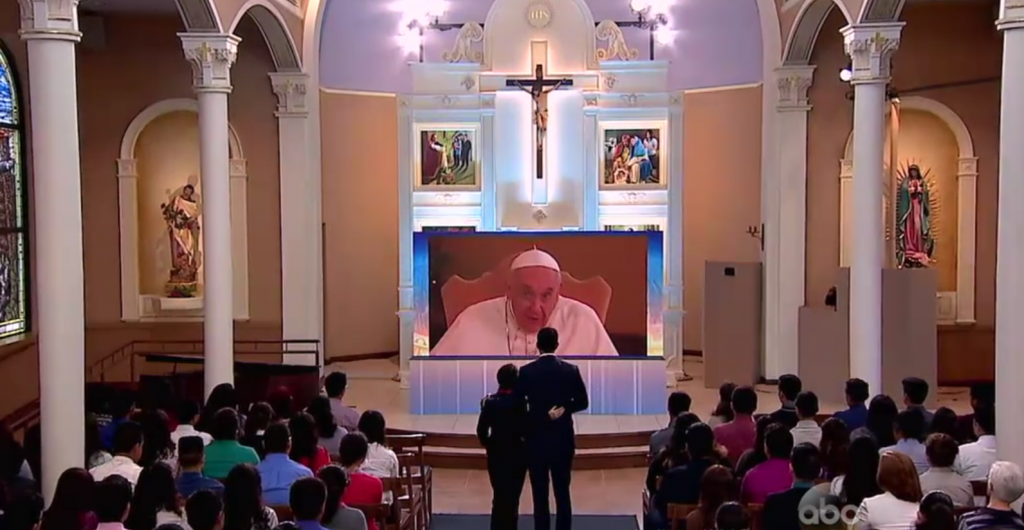 Pope Francis made a surprise visit to the United States via video teleconference. The Holy Father spoke with students at Christo Rey Jesuit High School in Chicago, with immigrants along the border at a parish in McAllen, Texas, and with a group of homeless on the streets of Los Angeles. The virtual audience aired on a broadcast of ABC’s “20/20” on Friday, September 4, 2015.

Watch the full broadcast video in English and in Spanish below.

Watch English video from the broadcast in six parts below (same video as above, just broken into parts).

Part 1: Pope Francis Asks Chicago Teen to Sing for Him:

Part 5: Pope Francis’ Upcoming Trip to the US:

Part 6: Those Who Spoke to Pope Francis Reflect on Powerful Moment: