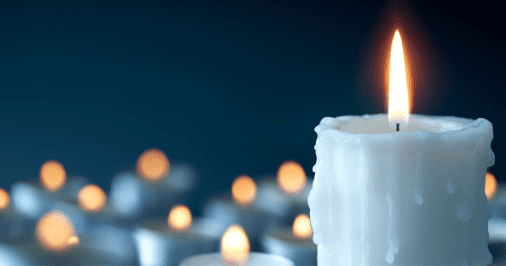 The Catholic Church will hold its annual celebration of the World Day of Prayer for Consecrated Life on February 2, 2021 and in parishes over the weekend of February 6-7. This event is a special time for individual parishes and the greater Church to celebrate the gift of consecrated life and pray for men and women discerning a consecrated vocation.

In the Diocese of St. Petersburg, Bishop Gregory Parkes will celebrate a Mass for all consecrated persons (sisters, brothers, religious priests, consecrated virgins and hermits) on Tuesday, February 2 at 4:00 p.m. . All are invited to pray with us via livestream at:  dosp.org/livestream, facebook.com/diostpete and youtube.com/dioceseofstpete.

Instituted by St. Pope John Paul II in 1997, World Day of Prayer for Consecrated Life is celebrated in conjunction with the Feast of the Presentation of the Lord, also known as Candlemas Day, which commemorates through the blessing and lighting of candles that Christ is the light of the world.  So too, those in consecrated life are called to reflect the light of Jesus Christ to all peoples.

Bishop James F. Checchio of Metuchen, chairman of the U.S. Conference of Catholic Bishops’ (USCCB) Committee on Clergy, Consecrated Life and Vocations invites the faithful to renew their gratitude to Christ for the gift of consecrated life. “The faithful witness of religious and other consecrated men and women living out their vocation is powerful. By their prayers and apostolates, those in consecrated life provide for us an example of Christ’s merciful love, and especially during these uncertain and difficult times, they point us to the reality that Christ is our ultimate goal.”

As it does every year, the CCLV Committee commissioned the Center for Applied Research in the Apostolate (CARA) to conduct a survey of the religious Profession Class of 2020. The survey polled women and men religious who professed perpetual vows in 2020 in a religious congregation, province, or monastery based in the United States. CARA received a response from 549 of 747 major superiors for an overall response rate of 73% among religious institutes. Of the 172 identified men and women religious who professed perpetual vows in 2020, 55 sisters and nuns and 57 brothers and priests responded to the survey for an overall response rate of 65%.

Some of the major findings of the report are:

The entire CARA survey, information on the members of Profession Class of 2020, Prayers of the Faithful, and a bulletin quote for World Day of Prayer for Consecrated Life, can be accessed at: Profession Classes | USCCB.