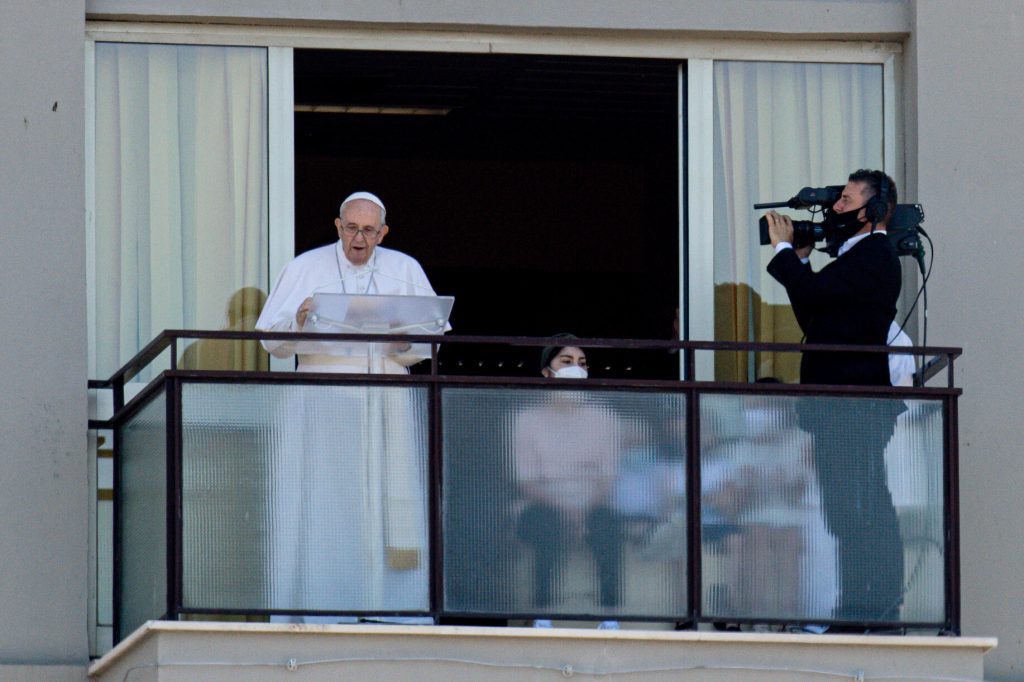 (CNA) – Pope Francis returned to the Vatican on Wednesday after spending 11 days in a Rome hospital to recover from colon surgery.

On his way home, the pope stopped to pray at the Basilica of St. Mary Major. According to Vatican spokesman Matteo Bruni, the pope visited the Marian icon. Salus Populi Romani, before which he “expressed his gratitude for the success of his surgery and offered a prayer for all the sick, especially those he had met during his stay in hospital.”

The pope arrived at the Santa Marta guesthouse, where he lives, shortly before noon.

Pope Francis was hospitalized on July 4 for an operation to relieve severe stricture of the colon caused by diverticulitis. The three-hour surgery included a left hemicolectomy, the removal of one side of the colon.

The Vatican has said that the pope is making “normal clinical progress” in his recovery.

While in the hospital, he spent time reading, doing some work, walking in the corridors, and celebrating Mass in a private chapel.

On July 13, Francis made an afternoon visit to the Department of Pediatric Oncology on the 10th floor of the hospital.

The Vatican press office distributed photographs of the pope walking through the ward to applause from medical workers, as well as blessing children undergoing treatment./ Vatican Media.

During his hospitalization, Pope Francis also exchanged affectionate messages with the young patients in the nearby pediatric oncology and children’s neurosurgery wards.

Young cancer patients joined Pope Francis as he led the Sunday Angelus from a balcony on the 10th floor on July 11, in his first public outing since the operation.

“Among the many patients [Pope Francis] has met during these days, he addressed a special thought to those who are bedridden and cannot return home: May they live this time as an opportunity, even if experienced in pain, to open themselves with tenderness to their sick brother or sister in the next bed, with whom they share the same human frailty,” a Vatican spokesman said on July 13.

The pope’s hospital stay took place in a wing reserved for papal medical emergencies, in the same suite where St. John Paul II stayed for medical treatment at different points in his pontificate.