The 3rd Annual Blue Mass was celebrated at St. Timothy Parish in Lutz on Wednesday, May 2, 2018. Bishop Gregory Parkes was the main celebrant.

The Blue Mass is a celebration of law enforcement and first responders. The very first Blue Mass was celebrated by Rev. Thomas Dade as part of his duties with the Catholic Police and Fireman’s Society at St. Patrick’s Catholic Church in Washington, D.C., on September 29, 1934. That first service has subsequently grown to a nationwide celebration as well as local celebrations. While the first Blue Mass was timed to coincide with Michaelmas, the feast of St. Michael the Archangel, the patron saint of police officers, the annual Blue Mass in Washington, D.C. is celebrated during National Police Week (the first week in May) to honor veterans and those who have lost their lives in the line of duty.

Click on the album below to see photos from the Blue Mass. 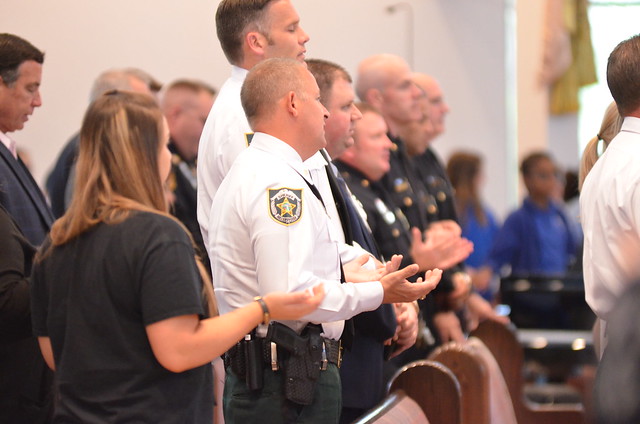