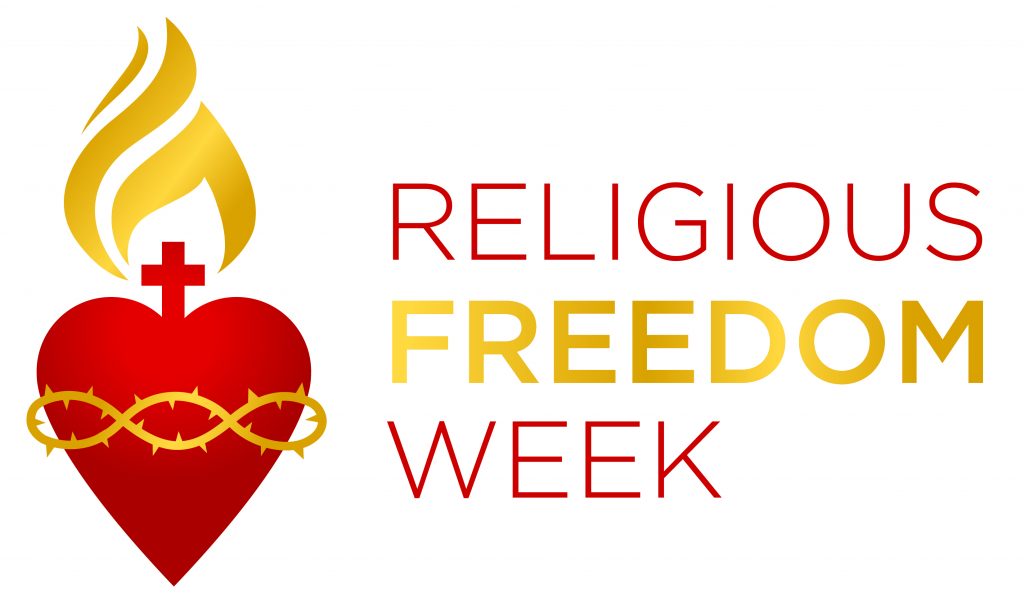 Religious Freedom Week takes place from June 22 – 29 each year. It begins with the feast day of Sts. Thomas More and John Fisher, includes the Nativity of St. John the Baptist, and ends with the feast of Sts. Peter and Paul. This year, the week also includes the Solemnity of the Most Holy Body and Blood of Christ (Corpus Christi) and the Solemnity of the Most Sacred Heart of Jesus. Click here for resources.

· The theme for this year is Strength in Hope. It is taken from the Second Vatican Council’s Decree on the Apostolate of the Laity:

Catholics face challenges both in our current political climate of polarization and within the Church. We want to encourage Catholics to persist in the struggle to participate in the advancement of the kingdom of God by finding hope in Jesus Christ.

· The USCCB provides “Pray – Reflect – Act” documents—one for each day on different religious liberty topics. These materials help people learn about religious liberty from a Catholic perspective, pray about particular issues, and act on what they learn, whether by finding ways for their parish to serve their community or perhaps even by calling their Members of Congress to promote legislation supporting religious liberty.

· This year’s Pray-Reflect-Act gives a sense for the breadth of religious liberty issues of particular concern for the bishops at the present time. For international concerns, the Office of Religious Liberty has collaborated with the Office of International Justice and Peace to highlight three regions in the world where persecution of religious minorities is severe, the Middle East, Myanmar, and Nigeria. We need to be in solidarity with people throughout the world who suffer for their faith.

· Domestically, a major area of concern continues to be freedom for child welfare service providers. The opioid crisis is putting a strain on the foster care system. The number of children in need is going up. The number of families willing to take the children into their homes is going down. And in places like Illinois, Massachusetts, California, and D.C., service providers like Catholic Charities who have a track record of excellence in recruiting and assisting foster families have been shut down.

· The federal Child Welfare Provider Inclusion Act (H.R. 897 / S. 274) would protect the religious liberty of child welfare providers, including adoption and foster care agencies. Similar legislation has been introduced and passed in several states. All are encouraged to check out the USCCB Action Center and their state Catholic conference websites for legislative updates on this and other important policy issues!

· Another area that has become of particular concern is the imposition of religious tests on Catholic nominees to the federal judiciary. In 2017, during U.S. Senate confirmation hearings, a nominee was asked intrusive questions about her Catholic faith in an exchange which included a senator saying, “The dogma lives loudly within you, and that’s of concern.” More recently, several nominees have been interrogated about their membership in the Knights of Columbus. These kinds of questions amount to a religious test, which is both unjust and unconstitutional. We are urging Catholics to contact their senators to say that religious tests are unacceptable.