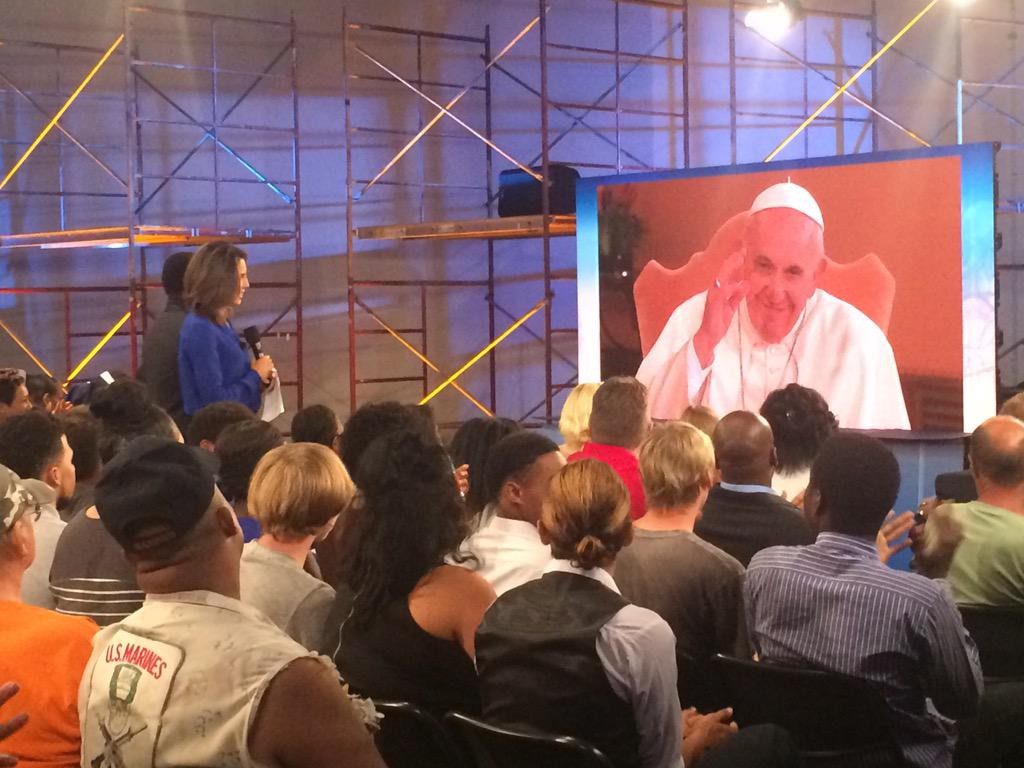 Pope Francis made a surprise visit to the United States via video teleconference. The Holy Father spoke with students at Christo Rey Jesuit High School in Chicago, with immigrants along the border at a parish in McAllen, Texas, and with a group of homeless on the streets of Los Angeles. Full video is scheduled to be broadcast on at 10:00 p.m. EDT on Friday, September 4 on ABC’s “20/20” program.

Photo caption and credit: “An absolute honor. Today we spoke with @Pontifex & it was pretty amazing @ABC #AudienceWithPope” – via @CeciliaVegaABC on Twitter